As I was watching this movie, the psych major in me was itching because I was so excited to talk about all the characters. So today, allow me to put the degree I don’t have to use!!

Disney’s Encanto brings so much love and positivity to the Latinx community. I am so sure that the community had to have felt proud and happy to see themselves and their culture be represented so prominently. I’m not a part of that community and I still feel so excited to know that there are people watching the movie and feel seen and represented.

But this movie isn’t just isn’t about positive representation. Even with the beautiful vibrant outfits and the amazing music, it also speaks on important topics such as generational trauma and toxic families, which are just a few more topics that many families can relate to.

Mirabel is blamed for almost every single thing that goes on with the house and the family. Even at the beginning of the movie, when there was no problem, Abuela already saw Mirabel as nothing but someone who could cause problems.

Just because she didn’t have a gift, she didn’t want her to do anything. Her Abuela is the main person who intentionally or unintentionally pushes her away and makes her feel less than because of something she never asked for.

Even when she tries to help, such as when she warns the family of the cracks in the house, she’s just blamed again and told to be quiet. It had to have hurt being labeled as the “black sheep” of the family when all she was always trying to do was help.

Abuela (oppressor and victim of trauma)

This is a time where you’re going to have to stick with me because even though I know that Abuela is so wrong for blaming Mirabel for everything and for associating people’s gifts with their worth, I also feel for Abuela because she faced a huge trauma when she was forced out of her home with her three kids, all while her husband had to die on that journey.

The miracle was something that saved her. It brought back her family and her safety, as well as a new place to call home. She never wanted her family to face the same struggles.

But that entire situation affected her psychologically because even though she technically was trying to do the good thing by using people’s gifts to protect the family, she put an unimaginable amount of pressure, fear, and stress on the family to be strong and keep the miracle alive.

I have conflicted feelings towards Dolores.

Dolores’ gift was super hearing, and because of that she was able to hear everything going on in the community. That might seem like an amazing gift, but Dolores most likely could hear every SINGLE sound.

She could probably hear people’s whispers, their private conversations, people eating, and people walking. It must have been exhausting to being able to hear so much.

On the other hand, Dolores could probably hear everything going on- including the fact that Bruno was still living in the walls for so many years. But no one ever acknowledged her pain, so I feel like she might’ve tried to suppress her gift somehow because it had to have been such a burden.

Pepa’s gift is that her moods control the weather, and by far that has to be one of the worst gifts in the entire movie.

She constantly has to suppress her emotions so that she doesn’t cause some big storm, but it’s not fair to her that she has to hide all of her feelings just to keep everyone else happy.

We’ve seen in the movie how she has managed to self-soothe, but it’s also so sad because no one acknowledges how she can never feel big emotions to protect the house. Abuela put the house over Pepa’s wellbeing, and as a result Pepa was never able to express herself in a healthy way.

(She unwillingly became a caretaker for her entire family and EVEN THEN Abuela was not grateful or even expressed some semblance of gratitude for her!!!)

Luisa (has to literally and metaphorically carry everything on her shoulders)

Luisa’s song was catchy and sweet, but it was honestly kind of bittersweet because she revealed that she had to carry all of the family’s burdens and troubles on her shoulders. She has to handle all these problems by herself and while watching the movie I didn’t see anyone she had that she could talk to and vent to.

It didn’t seem like she even had the time to break down and talk about everything she had to deal with because Abuela and everyone else has always expected her to do what “needs to be done” because of the gift she has.

I mean if you have such a wonderful gift, why would you ever choose not to use it?

(Please hear the sarcasm coming off that sentence :)) )

Bruno (the black sheep of the family)

I know we aren’t supposed to talk about Bruno, but I’m going to do it anyway because he deserves some love.

First off, Bruno has these powerful gifts that give him the ability to make prophecies about the future, and these same “gifts” are the things that pushed him away from his family.

He lived in the walls of his house for years watching his family live their lives without him, all because of a “gift” that he never asked for. If that doesn’t bring along a whole lot of baggage for him to deal with, I don’t know what does.

I did a lot of the characters, but I didn’t do all of them, so if you want me to do the rest just let me know in the comments below!
Even if you aren’t a psych major who’s constantly looking for any opportunity to procrastinate, you should still watch Encanto because it’s just another wonderful Disney movie that was sweet but touched on important topics.

View all posts by Gianna 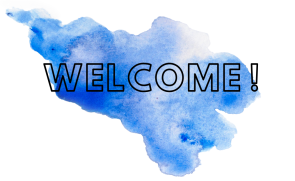 Hi, I’m Gianna and welcome to my blog! This is where I talk about my love for Grey’s Anatomy, reading, and everything sweet. Thank you for stopping by!

Read the Posts You Missed! 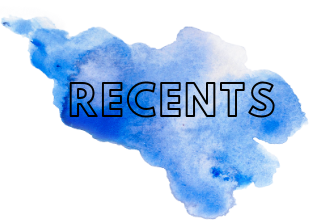